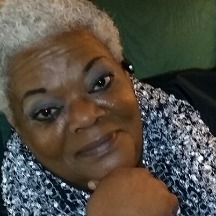 In EJ Brocks’ new paranormal saga, with a spiritual twist, Michael was called to be the general of YHWH’s Army. SERAPHIEL was formed to be The Prince of El Elyon’s Angelic Order. They had a fierce battle against one another, eons before the great war in Heaven was fought.

Port of Harlem contributor EJ Brock just released her latest spiritual paranormal saga, “Angels Meet in the Devil's Triangle - An Angels Respite Series." Unlike her Port of Harlem articles, her novels are fiction with her more familiar spiritual twist. This her 45th release.

The Prince’s heart quickened and his eyes teared. “You are going to allow me entrance into the holy city?”

“Indeed. I have a special assignment for you. One that I breathed into being long before I called my emissary. He is called No Name. In due season, the two of you shall become one. He will be my most powerful human and Angel amalgam.”

“He will be both? How is that possible?”

I AM nodded but did not explain. Instead He questioned, “I formed you from the debris in the galaxy. Is there anything too hard for ME?”

“No Name will name himself in time, and you will no longer be known as The Prince.”

“No. You will both be known by your given name. Seraphiel!!”


“Me, Abba?” Michael questioned. His eyes were rapidly twirling. He was truly fond of No Name but could not tolerate The Prince. He had known all along that Prince was not the man’s name, but his position. Even though he was called without emotion, he declared that he did not care for Seraphiel any more than he did Free Will. He also declared that he did not understand YHWH’s ways and thoughts. He was not designed to either. YHWH had told him that it was his responsibility to shape and mold No Name. However, He refused to tell him why No Name was not named. It made sense to him now. Nonetheless, seeing how he and The Prince felt about each other, he could not imagine them sharing a seed. He thought to himself, “This is definitely going to be interesting.”

I AM looked at Michael and commanded, “You and Seraphiel will have to learn how to co-exist, Michael.

There will come a time when No Name will be in need of both of your strengths.”

"Texas District Pulls Bible and LGBTQ+ Books - Do You Know What’s In The Bible?,"

"Even Some Whites Preach That Africans are God’s Chosen People,"

"How Did Moses Hide Amongst the Egyptians?," and

"Pro-Life, Pro-Birth, Pro-Choice, Pro-Abortion, and The Bible: You Decide.

Does the Bible Promote Racism?