From Our Archives:
Surviving the South Pacific
By Jonathan B. French as told to Wayne A. Young
November 21 – December 4, 2019
Travel 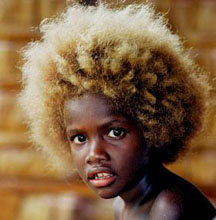 Today, BLK Capital Management maintains over 175 members from across more than 60 colleges from Georgetown University and Fisk University to Indiana Univeristy and Praire View A&M University, who often meet virtually.

Note:  In November 2020, Port Of Harlem will celebrate 25 years of publication. As we countdown to our birthday, we will republish some of our most popular articles from our print issues. Thanks for subscribing and inviting others to join you in supporting our inclusive, diverse, pan-African publication - - now completely online. We originally published this article in the May 2001 – October 2001 print issue. Over the years, I have read books about the South Pacific that contained pictures of naturally blond-haired Black children. Seeing people of color with naturally-blond hair intrigued me. It is their presence that initially lured me to the South Pacific.

After my four-hour flight from Washington, D.C. to Los Angeles, followed by my long, but pleasant 13-hour transpacific flight from Los Angeles to Cairns, Australia, I spent the first five days in the resort town of Cairns. When the Europeans arrived in Australia in 1770, they called the people on the mainland Aborigines. The story of the black-skinned Aborigines is similar to that of Native Americans. Europeans took the best land, killed the Aborigines, and didn’t grant them the right to vote until 1962.

Most of the Aborigines that I saw in Cairns were derelicts and alcoholics. So, I flew on to cosmopolitan Darwin in the Northern Territories, rented a jeep, and took a three-hour drive to the Kakadu National Park area where many Aborigines live in settlements. There I expected to see a more diverse group of them. The sexual customs on the Island are different from many other places. Teenagers are encouraged to have as many sexual partners as they choose until marriage.

While in the area, I saw several Aborigines and followed them into a recreation center. The center is what an American would label a bar and I got my first taste of Australian segregation. The Australians of British descent mainly occupied the side of the bar that was set-up more like an attractive sit-down restaurant. The Aborigines occupied the dingy side with a bar and a worn pool table. After I digested what I saw, I figured that legal segregation in the U.S. must have created similar scenes.

Before leaving America, I knew that I needed permission from Aborigine elders to visit their villages. I was hoping that I would be able make the connections upon arrival. Instead, either flooded roads or no trespassing signs prevented me from reaching my goal.