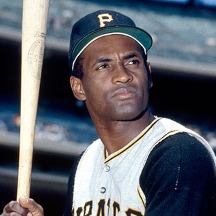 Roberto Clemente helped finance the Black Panther’s Party’s Breakfast program. Clemente expressed his love for Dr. King by hosting him on his farm in Puerto Rico. He is probably most remembered for his love of his/our people; he died in a plane crash on his way to personally deliver relief to earthquake victims in Nicaragua.

Biden made his comments, without giving a history lesson, while the Trump administration was shortening the time the US Census Bureau had to count every American. To be counted, households must now complete the survey by September 30, rather than October 31. Preliminary results show that the Black response rate generally lags that of Whites by more than 20 percent.

For reference, let us remember: From a political perspective: LatinX are more likely to diversify their votes. Trump won 29 percent of the LatinX vote in 2016; with only 8 percent of the Black vote.  (LatinX is used as a gender-neutral or nonbinary alternative to Latino or Latina.)

From a marketing perspective:  Spanish isn’t just one language; there’s a selection of styles and dialects. Some words can have different meanings when translated into English. So, it’s important that speech writers and advertising copy writers know which mode of the language is relevant to their specific audience.

Black White Marriages Increased Rapidly
A new study of interracial marriages in the United States since the 1980s, published in the Journal of Marriage and Family, reveals that marriages between Black and White populations have continued to increase. Meanwhile, LatinX Americans have turned to marrying their racial compatriots who recently came to the United States, which again, enables parents to pass on history and traditions to their children.

Link Between Senegal, US Creole Culture Explored
Elsewhere in North and South America, African slaves from disparate regions were thrown together. Forced to communicate across different languages and backgrounds, many old ways were abandoned. But, in Louisiana, a law required slave owners to keep parents and children together or on neighboring plantations. This enabled parents to pass on history and traditions to their children.

So, unlike Spanish speaking and influenced Whites, Blacks, Native, and others in Spanish-speaking ruled countries, “Blacks” in the United States seemed to have fused many of those different histories and traditions - - but the 2020 Census may fuel a change - - more on that later.

Black White Marriages Increased Rapidly
A new study of interracial marriages in the United States since the 1980s, published in the Journal of Marriage and Family, reveals that marriages between Black and White populations have continued to increase. Meanwhile, LatinX Americans have turned to marrying their racial compatriots who recently came to the United States, which again, enables parents to pass on history and traditions to their children.

Readers should also keep in mind that The Census generally defines how the US government categorize its citizens and how people often categorize themselves. It always has not been pretty.

The Most Controversial Census Changes in American History
Between 1850 and 1930, the census created new categories that reinforced a White supremacist obsession with ‘racial purity.’

Inventing Hispanics: A Diverse Minority Resists Being Labeled – Brookings Institution 2002
But it was only in 1980, that “Hispanics” became a distinct statistical and social category in the census, as all households were asked whether they were of “Spanish/Hispanic origin or descent.” Had no changes been made in 1980, we might well have continued to think of Hispanics as we do about other White Americans, as several ethnic groups, largely from Mexico and Cuba. (But all Hispanics are not White, Hispanics can be of any racial group including Asian.)

Just In: 'Latinx' Is Gaining Popularity. But New Research Says Only 3% of U.S. Hispanics Use the Gender-Neutral Term

Negro” on Census a No Go For (Port Of Harlem) Snippets Readers
Two of every three (67 percent) of Snippets readers find it offensive for the 2010 Census form to include the word Negro when asking: What is person 1's race? One of the choices will be: Black, African Am, or Negro.

Being LatinX, Muslim, and with Multiple Identities

Too Black To Be Hispanic?

2020 Census Will Ask Black People About Their Exact Origins
Soninke, Mandingo, Wolof, Malenke, Pulaar, Amharic, Tigrinya – they're all spoken by staff members at this Harlem-based, nonprofit organization, where French is "the common language in the office," according to Amanda Lugg, the director of advocacy for people living with HIV.

Caribbeans Urged to Give Census Ethnicity
The concept of identity can change over generations. LaFortune concedes that while some Haiti-born U.S. residents identify with Latinos, younger U.S.-born Haitians have grown up with a different understanding of what it means to be Latino.

The Future Is African — And The United States Is Not Prepared

Pedro Noguera: Closing The Gap - Conversations From Penn State - (An expert on Black and LatinX education)
Dr. Noguera appears as a regular commentator on educational issues on CNN, National Public Radio, and other national news outlets.

Port Of Harlem magazine’s signature event: Our Children, Our World

This commentary and the links are not intended do disparage any group or identity and we strongly discourage people to use them that way, but to help people digest the article's question.  Port Of Harlem:  Inclusive | Diverse | PanAfrican