Segregation Tax: The Cost of Racial Segregation
By Wayne A. Young
April 23 – May 6, 2020
Feature 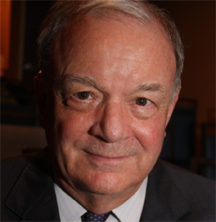 David Rusk is a former mayor of Albuquerque and member of the New Mexico legislature, and one of America's foremost champions of regional strategies.

In November 2020, Port Of Harlem will celebrate 25 years of publication. As we count down to our birthday, we will republish some of our most popular articles from our print issues. Thanks for subscribing and inviting others to join you in supporting our inclusive, diverse, pan-African publication - - now completely online. We originally published this article in the Aug 2004 - Oct 2005 print issue. In 1978, when Donna Beck moved to Prince George’s County, Maryland, a Washington, D.C. suburb, her Upper Marlboro neighborhood was all White. It is now about 80 percent Black. “Once the first White family sold their house to a Black, the exodus began,” she recalls.

When White home buyers rule out buying into neighborhoods, such as Beck’s that they perceive as Black or becoming Black, their consumer actions reduce the demand for housing and price competition in those communities. The results are depressed home values and an increase in the segregation tax in Black communities says international urban policy consultant David Rusk.

Segregation tax or the cost of racial segregation is a term Rusk uses to describe the difference between “home value per dollar of household income” for household’s headed by people of difference races. Using 1990 Census data, Rusk found that nationally Black homeowners paid an 18 percent segregation tax, with the tax being highest in the most segregated metropolitan areas such as Detroit, Michigan and Gary-Hammond, Indiana.

For Post Of Harlem Rusk used 2000 Census data to calculate the segregation tax Black homeowners pay in metropolitan Gary-Hammond and Washington, D.C. He found that White homeowners in Metro D.C. received $2.38 of home value per dollar of income. By contrast, the result for Blacks stood at $2.19. The difference represents an 8 percent segregation tax. (see Segregation Tax Calculations) In a perfect world, says Rusk, “all homeowners of equivalent income would own a house of equivalent value.”

When comparing areas within metropolitan districts, Port Of Harlem found similar differences. For instance, the typical homeowner in majority Black Prince George’s Country (63% Black) own $2.60 worth of house per dollar of income. On the other side of Washington, D.C., in majority-White Fairfax Country, VA (70% White), the figure stands at $2.74. The difference represents a 5 percent segregation tax.

The tax is not paid to the government, but is the price homeowners in Black neighborhoods pay because of past, and to some degree, present policies says Rusk. Many policies that created the tax, such as Federal Housing Administration (FHA) and Veterans Administration (VA) backed low-down payment and low-interest mortgages to low-risk neighborhoods “that were invariably all-White, newer suburbs,” added Rusk, ended in the 1960s, but “still have their echoes in the present.”

Gentrification, the influx of mostly wealthier Whites into mostly lesser-incomed Black neighborhoods does not solve the segregation tax problem says Rusk. “For Black homeowners who want to cash in, it is a windfall” but, not for low-income renters who have no choice but to move to “some other poor neighborhood,” he says.  When White home buyers rule out buying into neighborhoods, such as Beck’s that they perceive as Black or becoming Black, their consumer actions reduce the demand for housing and price competition in those communities.

To eliminate the segregation tax, Rusk supports the passing of inclusionary zoning laws that support the building of affordable homes throughout metropolitan areas. “Creating mixed-income housing in all new developments is the best way to create stable, economically, and racially integrated neighborhoods, [and to eliminate the segregation tax,]” added the author of “Cities Without Suburbs.”

In the book, Rusk argues that society cannot solve urban problems unless cities and suburbs find ways to work together. The former Washington Urban League worker concluded, “My basic theme is how urban sprawl, racial segregation, and concentrated poverty interact and impact a region’s growth patterns, social equity, and quality of life.”