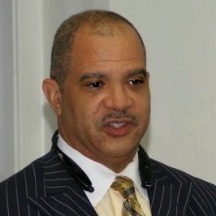 Terry L. Johnson is a successful criminal defense attorney who specializes in use of force in self-defense and firearms law.

It’s the thing you never wanted to happen, but it has. The palms of your hands are sweaty. Your heart feels like it is beating out of your chest. Your body is shaking. You may urinate or defecate on yourself, as the human body evacuates all things from it not needed to win a life-or-death fight.

You have fired your weapon in self-defense, and someone has been shot. But whether you realize it or not, the fight isn’t over. You may have come out victorious, surviving physically, but the legal fight has just begun.

In what experts call “fight or flight” the human body goes into survival mode and clear thinking might not be possible. But having a plan in mind of what steps to take if this situation happens is one of the most important things you can do as a legal gun owner. Because the actions you take in the moments right after the shooting could be the difference between you being sent to prison or going home to your loved ones in one piece.

To assist readers in making what could be a life-changing decision immediately following a defensive shooting incident, the Crusader gathered information from a variety of legal experts on citizen- and police-involved shootings for this report.

All encouraged legal gun owners, in addition to maintaining regular firearms training, to have a good insurance company that specifically deals with gun owners’ rights, and to have a retainer for a lawyer on standby.

Attorney Terry Johnson, from Firearms Legal Protection, is a criminal defense attorney who for years has been helping people involved in self-defense shootings. Based out of Farmington, Michigan, Johnson says too many people make mistakes after they’ve been involved in a shooting that have cost them time in prison, money and even their own lives when they were mistaken as the offender.