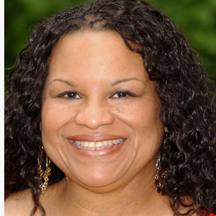 In November 2020, Port Of Harlem will celebrate 25 years of publication. As we count down to our birthday, we will republish some of our most popular articles from our print issues. Thanks for subscribing and inviting others to join you in supporting our inclusive, diverse, pan-African publication - - now completely online. We originally published this article in the Nov 2005 - Jan 2006 print issue. Do you remember the sexual revolution? It was the short-lived revolt in the sixties against American society’s puritanical ways.  The popular catchwords of the day were “Make Love, Not War,” and “Free Love.”

It was also a break from a time when the walls of heterosexual marriage confined a woman’s sexual pleasure. It did away with the “good girls don’t” excuse, increased the need for birth control, and offered more freedom of choice. It also gave men the feeling of freedom to have sex whenever, wherever, and with whomever.

Many conservatives have blamed this age of “permissiveness” for present problems such as the high rate of divorce, and the rise in the number of single parent families, drug use, and pornography. No matter what one believes about the results of that period, one definite positive that resulted from this time was that people finally began to talk more freely about sexuality. This was a major accomplishment, especially when we realize that even to this day; discussion of sexuality is taboo in some circles, especially the church. That needs to change.

With teachers and parents, the church can lead a more active role in community discussions on our leading less confining, but sexually responsible lives. An additional aspect of a much needed evolution of the sexual revolution would bring us to an  understanding that our sexuality is a gift from God, just as our spirituality and intellect are gifts.

Many women of faith are wrestling with the teachings of their church and their desires to be sexually intimate – even though they are not married. In 2002, with the release of my book “Oh God! A Black Woman’s Guide to Sex and Spirituality;” a reporter asked me, “Dr. Newman, are you saying that it is all right for single women in the church to have sex?” I calmly answered, “No, what I am saying is that single women in the church are having sex, and I want to help them see that Jesus wants us to love our neighbors, not our neighborhoods!” In the Bible’s “Song of Solomon,” the writer describes her love for a man in chapter 5. Referring to him, she says, “This is my beloved, this is my friend.” Rarely does one see the portrayal of a person being a lover and a friend in today’s cultural icons of relationships. In a day where HIV/AIDS is killing women and men, we must live sexually responsible lifestyles. We cannot afford to be “permissive” and have sexual behavior like many did in the “swinging sixties.”

Read More   Reminder: Click here to participate in the eight question 2020 survey. Thanks!